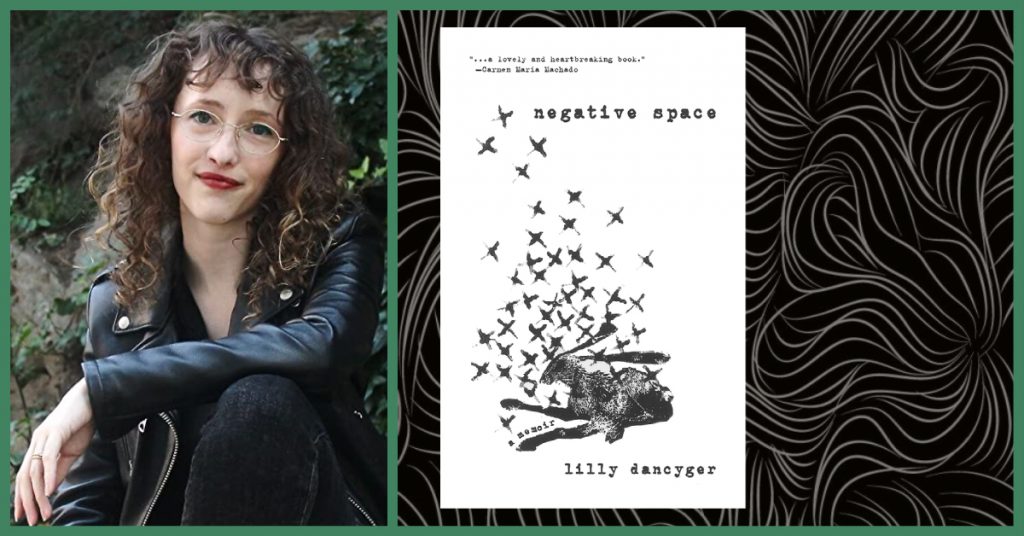 In the dedication to Lilly Dancyger’s debut memoir, Negative Space, out from the Santa Fe Writers Project this May, she writes, “For my father, Joe Schactman. And for everyone living with an absence.” After years wrestling heroin addiction, Schactman, a visual artist, sculptor, and rapscallion in the 1980s East Village art scene, passed away from undetermined causes when Dancyger was twelve. The inscription establishes the dualities that structure Dancyger’s excavation of her father’s life and sudden death: the presence of loss, the matter and heft of the unknown.

Dancyger plunges us into a grief so heavy that words crack beneath it. As she grows into “a fatherless woman after years as a fatherless girl,” she fears becoming unmoored from their shared past, and thus embarks on a project to discover “a new way to grieve for him.” In the resulting investigation, conducted by way of Schactman’s notebooks, his oeuvre, and countless interviews with those who knew him in life, Dancyger fuses journalism, memoir, and criticism to turn her father from myth to man. Negative Space navigates the no man’s land between love and delusion, assumption and instinct, chasing a reconciliation between memory and truth and, ultimately, a way to forge a future with those we’ve already lost.

Negative Space might take shape in the aftermath of emotional annihilation, but it’s as much about imagination and creation as it is about grief. Imagination blooms within the book’s primary ‘characters’ in the form of both ingenuity and rebellion: we see echoes of Schactman’s talent and resourcefulness in Dancyger’s unselfconscious facility with found materials as a child, and we find his resistance to convention in her stubborn independence as a teen, when Dancyger decides to drop out of school and educate herself, just like her father. Imagination is Dancyger’s inheritance, and we feel electrified and empowered by association.

Imagination also penetrates the memoir on a craft level, as Dancyger turns to speculation to fill in the gaps of what she couldn’t have seen or known. With a fearlessness that calls to mind other seminal memoirs such as Maxine Hong Kingston’s The Woman Warrior, Dancyger conjures and animates her father’s ghosts, visualizing interactions between Schactman and his former lovers and friends in a way that serves as both vivid scene-setting and compelling research.

Negative Space reminds us that loss and addiction both punch holes in the known that transcend time. It’s not only Schactman’s past under investigation, but his and Dancyger’s vanished future together. And as Dancyger’s investigation progresses, we glimpse speculation’s dark side as she skirts both potential nostalgia and regret. This pervasive doubt hints at how, growing up in a home touched by addiction, competing realities can coexist; family—and memory—can become a composite of artifice and truth and love and hurt.

This leap into the hypothetical remains tethered to the “real” by the clarity and frankness of Dancyger’s prose, her journalistic transparency, and the acuity of her critical eye. Negative Space sings in the moments when Dancyger turns her attention to her father’s works of art. She often steps into the roles of both docent and curator of her father’s retrospective, adeptly rendering and contextualizing his evolving iconography.

Dancyger mentions in the book that agents cautioned her against including images of Schactman’s work, but we should count ourselves lucky that she followed her instincts. Their inclusion presents the opportunity to step into the shoes of both daughter and critic, to experience for ourselves the childlike temerity of extracting meaning from elements like form and texture and space. In other words, to bear witness to the dynamism of art under interpretation. And to be changed by it.

In stepping back from her role as translator, Dancyger gifts us the zing: the tremor of awe that shudders across your skin upon being confronted with a provocative work of art. And Schactman’s work is certainly provocative. It’s by turns unsettling and celebratory and plaintive, youthful and ancient, like Schactman’s spectral Barbies—headless, emaciated ribcages carved into animal bone or rubber, tapering at the shins into a single spike.

Eventually, we arrive at an emotional landscape contoured as much by questions of art as of love, grief, forgiveness, and memory. Dancyger comes to the realization that all along her father was teaching her how to be an artist, inducting her into a familial and creative inheritance that will keep their bond alive. But with a subtle generosity, Dancyger invites us to participate in that system of meaning-making, of imagination and interpretation. And as the best teachers do, Dancyger makes the process feel fertile and capacious rather than constraining.

Upon turning the final page, I felt both intense grief and pride, despair and hope. I ached for the daughter who missed her father—and truth be told, by then, I missed him too—but beyond that, I felt emboldened, energized, ready. Schactman once reminded Dancyger to “use the whole page” while drawing, to remember the negative space around the figure. It’s a lesson in the weight of absence, one that comes to shape Dancyger’s artistic practice. But I could also hear Schactman empowering all of us to take up space, to occupy rather than merely exist, to bend our futures into the shape of our values. To grow, imagine, and fearlessly, radically create.

is an American author, essayist, and editor. She is a contributing editor at Catapult and assistant editor at Barrelhouse Books. Her memoir Negative Space is available for preorder and will be released May 1 by the Santa Fe Writer’s Project after being selected as a winner of the Project’s 2019 Literary Awards. She is also the judge of phoebe’s 2021 Nonfiction Contest. Find out more at her website. 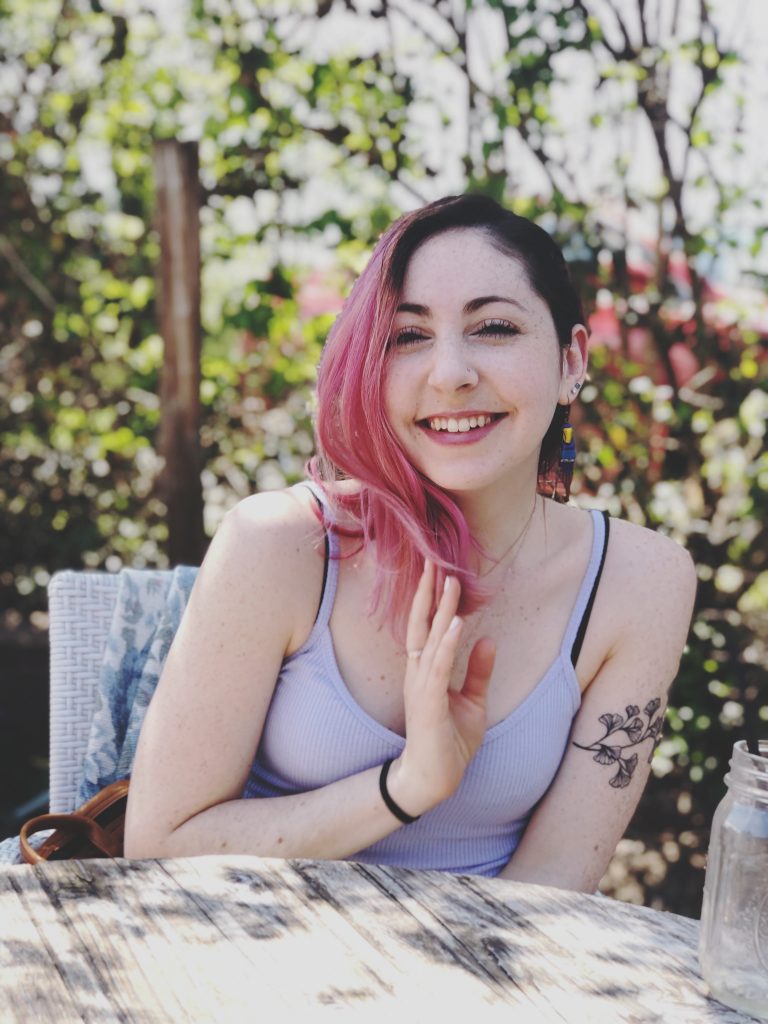 is phoebe’s assistant nonfiction editor and a second-year MFA candidate in Creative Nonfiction at George Mason University. She was born in Oakland, California, but she spent most of the last decade in St. Louis and is currently at work on a project interrogating her time there. Find her essays in Sonora Review, No Contact, The Offing, Entropy, Hobart, Atticus Review, Porter House Review, and elsewhere, and hit her up on Twitter at @which_is_to_say.