“Take something ugly.” Claudette Hassenpflug was daydreaming about tutus and toe shoes when Mrs. Gordon gave the assignment, so she wasn’t sure she’d heard it right. “And make it beautiful.” Oh. It was a writing assignment. Claudette usually liked those. It got even better. Mrs. Gordon herded the sixth grade class outside for a walk around the block, hunting for writing topics. The shabby neighborhood was certainly ugly enough to fuel the assignment – peeling paint, the occasional broken window or boarded up house, litter, rusted cars. Mrs. Gordon had the kids sit on a struggling patch of grass and told them to write. Claudette stared at the sidewalk until the crack in it began to look like the map of a river. Interesting, but not beautiful. A window gave back the sky, but the window itself wasn’t ugly, just the building it was in. She saw the sun glinting off a piece of broken glass, turning it into a jewel. She noticed other kids noticing it, and looked for something else. Not a foot in front of her was the iridescent trail of a slug, like liquid pearl. Okay, she’d write that. Back in the classroom, they read their pieces aloud. Two other kids had written about the broken glass, so Claudette was glad she hadn’t. When she read hers, a breeze through the open window made the classroom air shimmer; the dust was dancing, and she thought she could write that too.

Mrs. Gordon told them to go home and write another ugly to beautiful piece, this time not about an object, but about something ugly you couldn’t see.

In Claudette’s mom’s garden, the slugs ate holes in the broad leaves of the hostas. Her mom set out beer in tiny paper cups dug lip level into the ground. She said the slugs would be attracted by the smell, and would fall in and drown. “At least they’ll die happy,” her brother Billy had said, lurching around the kitchen like a TV drunk. When their dad was drunk, he didn’t stagger. He just sat in his chair and yelled if someone walked in front of the TV or talked. That evening, before the yelling began, Billy and his friends went out with a flashlight and a large spoon. They used the spoon to dig up the cups, and they used the flashlight to make sure there were no slugs in the beer before they drank it. Claudette watched it from her window.

Hassenpflug. Claudette hated her name. All the other kids in her class had names like Kerr and Hutchins and Jones and Richardson. Hassenpflug. There was something ugly for you. Hassenpflug. It sounded like something you’d find under a rock. Something that might eat holes in the hostas.

“How the hell should I know? It’s your father’s name. Ask him.”

Instead, she asked the high school kid next door, who looked it up in the dictionary he used for his German class.

Her dad was a mailman. He never spoke of his father, so Claudette had no idea what her grandfather had been. Maybe he was a farmer.

“This is weird. Hassen means hate.” The kid showed her the dictionary entry.

Not only was her name ugly, but it didn’t even make sense. Hate-plow? Well, maybe the hate part made sense. After all, she hated the name. She had hoped it would mean something beautiful in German, but when she lifted the rock, all she found was ugliness and confusion.

This year, Claudette was selected to do a solo in the ballet recital. She was one of the four seasons. “Hope it’s not fall,” Billy had said, miming an awkward pirouette ending in a spectacularly clumsy tumble. “Get it? Fall?” Billy chortled for a while, always his own best audience. “Can’t you make that kid shut up?” their father yelled from the couch, and Claudette’s announcement was swept away in the storm that followed.

Claudette had been chosen to dance the part of Spring. She got to show off her fouetté turns as the music sent March winds across the stage, and later – the move she was most proud of mastering – a ponche arabesque: first she took an arabesque, her torso upright as her leg and her arm formed a diagonal line in the air. She followed the line of her arm with her eyes. Then, seeing an imaginary flower growing from the stage floor, she tilted her whole body forward, keeping her lifted leg on the same plane as the reaching arm, while she plucked the flower and slowly returned to her original arabesque before closing. Her supporting leg shook a little, but overall, the movement was fluid, sure. Most of the girls in her class couldn’t lean that far forward without losing their balance or losing the line of the leg. Claudette could do it only when she concentrated so hard that the room and the people watching her disappeared. She came back to herself during the échappé combination that followed the ponche.

Her tutu was going to be a pink and green confection of petals and tulle, already ordered from the catalog, but not yet paid for. Her mother had promised that she’d work something out. The ballet lessons had been a gift from her grandmother, but her mom and her grandmother were feuding again, and so her mom wouldn’t ask her grandmother for the tutu money. If they had to ask her father, it was going to get ugly.

Mrs. Gordon had the assignment backwards. Claudette could easily write about taking something beautiful and making it ugly. Her family specialized in that.

“What does she need a goddamn eighty dollar costume for?”

“She’s dancing a solo. Think how proud you’ll be.” Her mom wasn’t yelling yet.

“Proud, hell. I’m not going. I’m not sitting through two hours of other people’s brats just to see two minutes of my kid prancing around in an eighty dollar piece of fluff.”
Loud enough for the neighbors to hear. Claudette wondered if they’d get a call.

“You’re going, and you’re going to buy her that tutu.” Now her mom was yelling.

“Shit. Like she’s going to be a ballerina someday. Your mother wants to waste her money, good. But I’m not wasting mine. You want her to have a fucking tutu, you pay for it.”

Upstairs in her room, with the door closed, Claudette could see the argument take the shape of a pas de deux. Her father had started it by extending his arm, inviting her mother to join him on the floor. Her mother had followed him into the spotlight, had danced around him, but finally, had executed a tour jeté, seeming to move away, but turning midair to face him at the last moment of the move. There was a moment of stillness, and suddenly her father spun her mother away from him, then pulled her back in for a final, spectacular lift. He was all muscle, and she floated above him, light as tulle. When he let go, she slid down the bulk of him, and ran off stage.

Claudette sat down to write.

Michele Ruby’s fiction has appeared in The Adirondack Review (Fulton Prize finalist), Nimrod, The Louisville Review, Lilith, Rosebud, Los Angeles Review, Hayden’s Ferry Review, Denver Quarterly, Dos Passos Review, The MacGuffin, and other journals, and has been a finalist for the Inkwell Prize. Her collection of short stories garnered an honorable mention from the 2010 Dzanc Books Short Story Collection Contest. Ruby’s poetry has been published by Margie, The Connecticut Review, Atlanta Review, Rhino, Pearl, Dogwood, Roanoke Review, and other journals, and she is poetry coeditor of the anthology Women. Period. (Spinsters Ink). She has an MFA in fiction from Spalding University, and teaches fiction writing, as well as courses in Linguistics, Fairy Tales, and Mythology, at Bellarmine University. 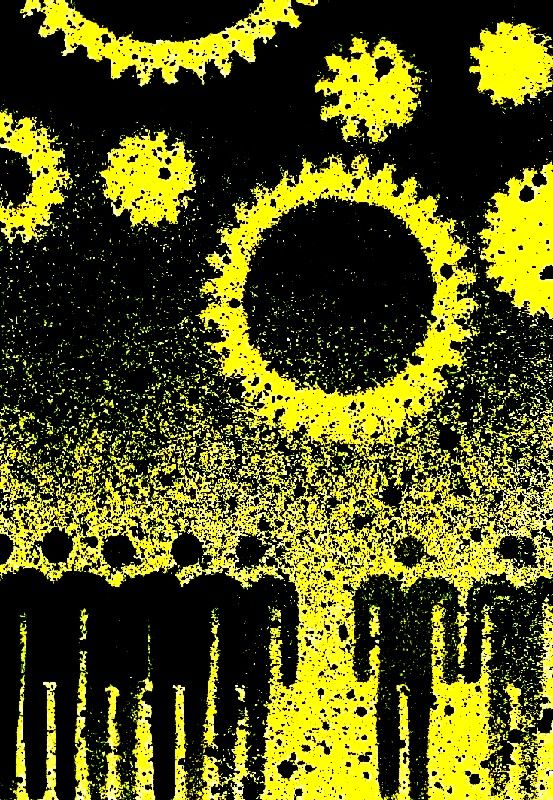