phoebejournal| February 2, 2016| Fiction, From the Archive

A Brief Excerpt from “The Spa” 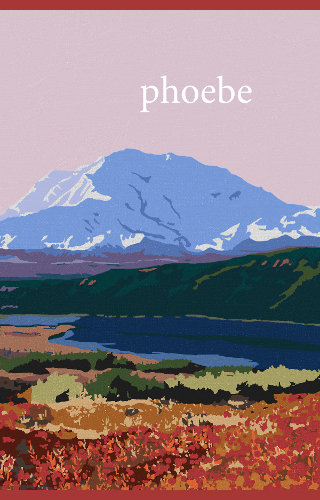 I learn about Dustin’s death through Facebook. I am at work, taking a lunch of grilled chicken and broccolini at my desk, a diet prescribed by my pregnant Trisha, who now insists that I eat for posterity. The message was posted five hours ago. Five hours ago: I had my morning mug in a hoodie and boxers, making grabs at Trisha as she collected her pointed-toe pumps. Words cannot express how deeply I feel this loss. I don’t remember who this person is, this unspeakably sad person. He must have worked at the water park one summer, erased from my memory after I left Sparks, Nevada, buried by the algorithm except for this dark speech bubble.

I write a comment that I edit and eventually delete. Messaging the poster—he sold funnel cakes, it comes back to me now—I find out that it was an aneurysm. The funeral is tomorrow. It’s an eight-hour drive from Santa Barbara, so I leave straight from work that evening.

“You’re going to whose funeral?” says Trisha, her voice grainy through the Bluetooth.

Her reaction cuts through gauzy layers of shock and denial. Threads of pain radiate from my chest as I realize how much distance I’ve put between myself and my life in Sparks.

“Dustin Reynolds. My old boss at the water park. I’ve told you about him.”

“You told me you and his daughter used to bone in the water slides, that’s for sure.”

“He really took me in, Trish.”

“Sorry. I’m feeling on edge for some reason. You okay?”

Recent rains have lacquered the asphalt. After an hour, I turn down the music until it is barely audible, just stray notes and an incoherent thumping. Dustin staggers in my mind as in the spinning frames of a zoetrope, his movements convulsive, out of order, until I find my most recent memory of him: he’s singing Bing Crosby into the mouth of his beer bottle, leaning into his wife’s ear at the dinner table. Lindsay and I are holding hands. She squeezes my knuckles as she laughs and hops to the back of her seat. I’m home from Dartmouth for Christmas. In a week or so, she’ll know everything—the usual transgressions, girls and vanity; I think I said be my own man—and that will be the last I see of her or Dustin. I was mean; I was cowardly. I was nineteen and doing most everything wrong.

The needle ticks towards 90 miles per hour. I switch to an inside lane.

After leaving Sparks for college, I had little reason to go back. My parents reconciled after a decade’s war and moved to northern California, escaping the mean airs of our house, the skylights always clogged with leaves and grime. It had stopped feeling like home long before they sold it, anyway.

My mom was an investment banker and still lived in Shanghai, where I had grown up.

I’d left with my dad when I was six because he was convinced that in America, he’d find his calling: “The air is better,” he used to say, as if it were smog keeping him from work. Once distant, my mother made increasingly frequent visits to the house when I was a teenager. She was like a bad spirit clapping the cabinet doors and trembling the tines of forks in the drawers. I must have known about her stays beforehand, but in my memory she materializes on a closet hanger, her shoulders hooked high by her ears. Suddenly she is sniffing over my schoolwork and auditing our lives, what we’ve done with her money. Despite his efforts, my dad never worked for more than two months at a time. His back was bad for physical work, and he was too ill-tempered for anything else.

After we started going steady, I stayed at Lindsay’s house to escape my own. Her mom was a nurse whose hours barred her from chaperoning, and when Dustin got home we caught an airing of Jeopardy! together. Dustin the father and Dustin the General Manager of Wild Island were the same—a riotous six-foot-four with wild blond hair, always surprising with how much he’d figured out about you in five minutes. You didn’t feel vulnerable; you felt confirmed. He was a ham about practicing the saxophone, throwing his body back and forth as he went down the hall. Occasionally he told me to go home, just like that—“Go home, Ryan.” Sometimes I would, and sometimes I drove to the 24-hour Korean spa at the edge of town, where twenty bucks got you a night of hassle-free sleep.

Ironically, it was my mom who’d alerted me to Seoul Spa. She had gone expecting sleek, luminous pools and plush arrangements of lounge chairs, and she’d come home waving her hand under her nose, exclaiming, “Luan qi bao zao!” and promising never to go back.

Jenny Xie is a recent graduate of the MFA program at Johns Hopkins University, where she now teaches creative writing. Her fiction has appeared or is forthcoming in Riddle Fence, Front Porch Journal, Necessary Fiction, Ninth Letter Online, PANK Online, and Adroit Journal. Devil’s Lake awarded her the Driftless Prize in fiction, and she was a finalist in Narrative‘s 30 Below Contest.