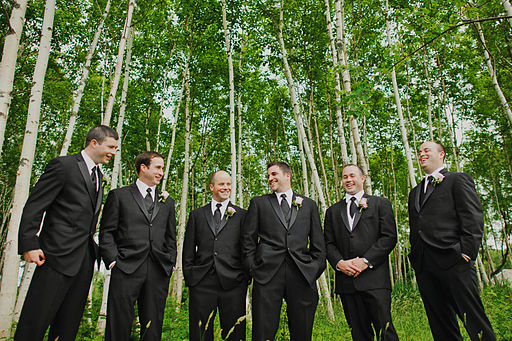 By Sean McGrath via Wikimedia Commons

Joel had a wedding and we all went. The groomsmen played bocce on the grass, all of us throwing the balls, red, yellow, blue, green, all the colors and all the balls, throwing them into the mud, the gravel, the tar, into the nests made of needles and the chipped-cherry mulch. We kept losing the balls of course, one under the bride’s mother’s dress, one on the dance floor. One baked into the cake. We threw them into the boats on the lake, at the cars in the lot, into the sand in the sandbox, at the kids in the sandbox, too. We drank from Garrett’s flask—The holocaust was better than that throw—and because we couldn’t change a thing we played it as it lie. One turn took hours, the pallino rolling over the pass and all the way down the Eisenhower—If God saw that throw, Brad, he’d have nothing to say to you. Lost another ball at the bottom of a well, another to the weather, lost all the colors, scuffed off the bocces until we couldn’t tell them apart, eventually lost all the balls, too, all the colors and all the balls, and we played and we played. Waiting for the bride to arrive. She wouldn’t go for a guy like you.

Joel had a wedding and we all went. At the rehearsal dinner we ate brisket and ribs and drank Easy Streets. We saluted with our steak knives in every picture. When we finished a plate we called for another—Garçon! Famished, I tell you!—and when they didn’t come fast enough we traveled to other tables and snatched up their scraps, asking the father of the bride if she liked men who could eat. Joel’s sister placed a piece of hanger steak on her tongue—Come and get it—while Joel’s grandfather showed us how to tie slip knots with strings of brisket. His wife told him not to drink so much. We drank more beer. I’m not done, are you done? Drank more beer. Ate the meat knots. Drank more beer. Drank more beer. The knots only grew tighter in our stomachs.

Joel had a wedding and we all went. We rolled the tables out of the closet and strung up the lights, hanging them from every nail then deciding on every other, changed it back, changed it back again—She won’t notice—and went to get the alcohol and ice. A keg of Sunshine and keg of Budweiser, fifteen bags of ice, and a sixer of Twisted Pine to get us through the morning. We could drink at 10:30—because it’s mountain time. On the way back we stopped at a Home Depot to get rubber trashcans for the kegs, and Andy spent a half hour in the floral department picking out a single white rose—to match her dress. Garret and Brad cracked beer in the aisles. On the way back to the condo we stashed the ice and the kegs at the reception hall, and we almost rolled through them onto the cake, which would have been a disaster. It would have been just a goddamned nightmare.

Joel had a wedding and we all went. We toasted and we toasted and the speeches were all made at once so no one would be left out, so no one would be heard. The bridesmaids spoke in a chorus, their words pooling in their high heels and making the dance floor slick. Joel’s grandfather yelled about proper boxing form, his fists wrapped in his tie, punching at the in-laws—To keeping your shoulders square! Joel’s brother rambled on for so long that his voice disappeared—To silence and shame!—and still he kept going, pointing at Joel, pointing at everyone, smiling, smiling and mouthing—This is long, I know, I lost my notes, but please listen.

Joel had a wedding and we all got lit. We killed the kegs and got two more. Found another in the couch cushions, another in the cake. Rolled out the wine barrels and broke them open with our heels. Guzzled the purple liquid out of our wingtips, ripped the splinters from our lips, and all the while sloshing about and gurgling toasts—To us who never had a chance, it hardly matters now—wringing the last drops from the hems of the bridesmaids’ dresses. We stacked the champagne waterfall so high we had to cut a hole in the ceiling. Joel’s grandfather got licked and told us stories of boxing in the navy, slamming Garret with a haymaker and knocking him out for an hour. We held his nose and poured shots down his throat so he wouldn’t fall behind. Glasses clinked and knives clinked and we all clinked and soon everything was shattered, the waterfall tumbling down in a harrowing screech, the dance floor a lawn of glass. We danced and danced and danced and danced until our heels ground it all to sand, sand so fine its molecules dissolved into the air.

Joel had a wedding and we all went. His sister danced with all of us. She had a swimmer’s body and spun like a torpedo, the yellow bridesmaid dress flinging itself to the corners of the room. Her hair clung to her face and she breathed deeply, like she was about to go under and never come back up. We let her sit on our laps and lean into us on the dance floor. She told us she had a boyfriend back in South Dakota, a bow hunter, but he didn’t have to know anything. I can’t believe my baby brother is married! She kissed us on the cheek, kissed us on our cheeks because we turned our heads.

Joel had a wedding and we all went. They cut the cake and we smashed the pieces into our faces, Brad knocking out two teeth on a bocce ball, Garret choking on the colors. We watched the bride dance and spin and Joel was there too, and we got on the dance floor and jitterbugged up next to her and she laughed but didn’t laugh, and we had to laugh and laugh and laugh, we had to. Joel’s grandfather put holes in the dance floor, spilling beer everywhere, slicking up our shoes until we were sliding into one another, grasping, clutching—I don’t need your help—ducking the punches, walking right into them.

Joel had a wedding and we all went. When his father told his sister to take it easy, she clung to my neck and said she was fine—I’m adopted, you know, which means he’s not my real father. Her hair clung to her face and she breathed deeply, like she was about to go under. I’m adopted so you’re not my real brother’s friends. We let her sit on our laps and lean into us on the dance floor. She wore the same perfume as the bride, and we breathed deep the whole night.

William Todd Seabrook is the editor of The Cupboard Pamphlet, and his work has appeared in The Volta, Tin House, Mid-American Review, PANK, CutBank, Quiddity, New Ohio Review, and 30 Under 30 Anthology. He is the author of four chapbooks: This Semi-Perfect Universe(Mudluscious Press 2011), The Genius of J. Robert Oppenheimer (winner of the Firewheel Editions Chapbook Contest 2012), The Passion of Joan of Arc (Atlanta 421, 2014), and The Imagination of Lewis Carroll (winner of the Rose Metal Press Chapbook Contest, 2014).