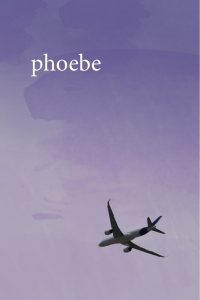 her heat rose as she stepped out in front of herself

as the American Medical Association fatally weakened the drive for socialized medicine by 1949,

she locked the second lock of her door

as the attempt to revive the Fair Employment Practices Commission was defeated,

she went down and crossed the street

as Citi-Bank lobbied for legislation to end Depression-Era banking reforms and won,

she stepped up over the curb

as COINTELPRO dismantled the Black Panther Party, she lined up at the stoplight

as the CIO expelled eleven left-led industrial unions in 1949, she paused at the door that lead to

as the federal government denied Marcus Garvey’s UNIA a postal permit, she slipped into

the revolving door of the

as Dr. King described “a lonely island of poverty” in the same speech as “I have a dream,”

she made her way through the vestibule

as the Highlander Folk School trained Rosa Parks and Septima Clark ran a workshop on “Social Needs and Social Resources,” she put her card in the slot

as the Patriot Act was easily passed, she punched in numbers on the private keypad and

as the First Pan-African Conference on Reparations was held, she waited for what she called hers

came to her in the air

as the statistics of hungers as the list of states

of wars not so named

as the air inside air delivered news

as the news could not discern war from peace

an impossible citizen mirrors the former place with the present

until one day how clear the air

as new heat as old haunts

send history up her spine

figures away with the others

in the air pressing transfer

over an ocean or more

as they climbed the curb as the pavement sank

as the west pushed up out of the pavement

up out of her head

everyone seeing the snake breaking open

democracy so it was never your

with a heavy axe

and with so many pointer fingers

on a keyboard of elsewhere

making place along with she where

if she said home this meant

they could grant no citizenship

so with their status they struck it and struck it

paper over paper cover sheet over

sheet and shelf of books behind the shelf

pulled apart by a zipper

a mouth of teeth

a mouth of teach

the shock of home stratification

disallowing so much speech put

that life is not divided into separate

was said in a speech

by the radical who lost

She stops and asks for bread out from the oven for two coins. She barely thanks him. Networks melt into the act of placing cool coins into his hand. Light blue cuffs frame the near contact of coin atop coin and two hands passing and receiving bread.

Jill Magi is an artist, critic, and educator who works in text, image, and textile. Her books include LABOR (Nightboat Books), SLOT (Ugly Duckling Presse), Cadastral Map (Shearsman), Torchwood (Shearsman), Threads (Futurepoem), Shroud (an unlimited edition project with Jen Hofer), and numerous chapbooks and handmade books. Jill has taught literature, writing, poetics, visual art and culture at The New School, Goddard College, The City University of New York, The School of the Art Institute of Chicago, and in 2012-13, she was the Columbia College Chicago MFA Poetry visiting writer. In the fall of 2013 she joined the faculty at New York University Abu Dhabi where she teaches writing through the study of textiles, as well as advanced poetry workshops.