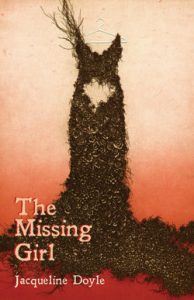 When it comes to narratives on missing and abducted girls, we normally explore titillating, abhorrent, and violent story arcs, for understandable reasons. But, Jacqueline Doyle’s chapbook of flash fictions, The Missing Girl, gives a deeper sense of abhorrence and haunting in the sheer simplicity, the willful unfolding, and the total likelihood of these stories. Each story is a snapshot of the oft-forgotten aspects of abduction and abuse; Or, in stories that bring the reader uncomfortably close, such as in “The Victim,” in which the perpetrator himself narrates an exact account of his abuse of a very young girl, it’s what is made mundane that extracts dread. Terror slips into the banal glimpses of everyday life—it creeps into the spaces not yet thought to be filled. Rather than the agony of deep-woods search parties, police stations, or unwithheld scenes of brutal abduction, Doyle’s stories bring us under gray fall skies, onto passenger trains, and into empty alleys. Moreover, when the rawness becomes especially unforgiving, it’s the element of aloneness that drives each small plot.

Flash form commands the “white space” in this lyrical chapbook. The center of plot is where the core is gnawed and discarded, left lying for the reader to digest on their own. Rather than the tension being born of rising action, the tension is found in the imposing thrust into imminent portrayed harm of still-carefully constructed characters, using interiority as the access road. In “Hula,” in which the narrator details a vacation date rape, while the unfolding of the incident itself is all-too-familiar, Doyle illustrates a mind slipping away under the influence, and suddenly the horror of the story is not in any twist in plot, but in the steadfast follow-through: “So you’re letting guys buy you drinks and what is this, a dentist’s convention, you can’t remember, and you ask Philip, are you here for a dentist’s convention or something. Or something, he laughs, and he doesn’t explain, and you forget to ask him what he means.”

Similarly, closure is not offered in falling action. Instead, any sense of closure is not really closure at all, but having to accept cruel fates when arriving at structural resolution. In the repeated agony with each new story, delivered without bows and ribbons, the reader is thrust into yet another snapshot of force and fright. For instance, “Hula” depicts one tragic scenario, and the story that follows utilizes the form of multiple testimonies to communicate yet another tragedy, inevitable from the story’s beginning.

The imposing use of point-of-view also brings the reader terrifyingly close to situations in which it’s troubling to empathize with villainous characters. In the opening and title story, the use of second-person controls the reader’s heightened empathy, maneuvering through time and point-of-view to call into question the narrator’s identity and intentions, ultimately surprising the reader, who is suddenly placed into a darker mentality from where the story started. We begin by observing the subject, about which the narrator states, “You see her posters on telephone poles all over town. EULA JOHNSON, MISSING. Some have been torn down, only the stapled corners remaining. Others are blurred and warped from rain.” Then, we end with a shift to interiority, “Watch her blush as she turns wondering eyes to you. Take your foot off the brake pedal and step on the accelerator. Don’t speed. You’ll want to take this slow.”

The final story, titled “Nola,” which was nominated for a Pushcart Prize and Best of the Net in 2016, follows a narrator whose deep regrets of the mistreatment of a childhood friend follow her into her elder years, and dredges up these haunting regrets by juxtaposing a fateful childhood afternoon with the narrator’s life afterward. The first-person serves as a trap between these two spaces, proving that past horror does live on: “It was six months ago…that I thought I saw Nola on the street. Older of course, but with the same pale blonde hair, cut short. The same green eyes. We’d been looking at princess outfits, pink and glittery, so maybe that conjured her apparition…I haven’t been able to stop thinking of Nola since.”

Sarah Batcheller is an MFA candidate in fiction at George Mason University. She is the Blog Editor of So to Speak feminist literary journal, Social Media Manager of phoebe, and teaches Creative Writing at GMU. Her work has appeared in Breakwater Review, where her short story was a finalist in the 2016 Fiction Contest, and SubtleTea. She tweets @BatchellerSarah.