A Review of “Blizzard” by Henri Cole 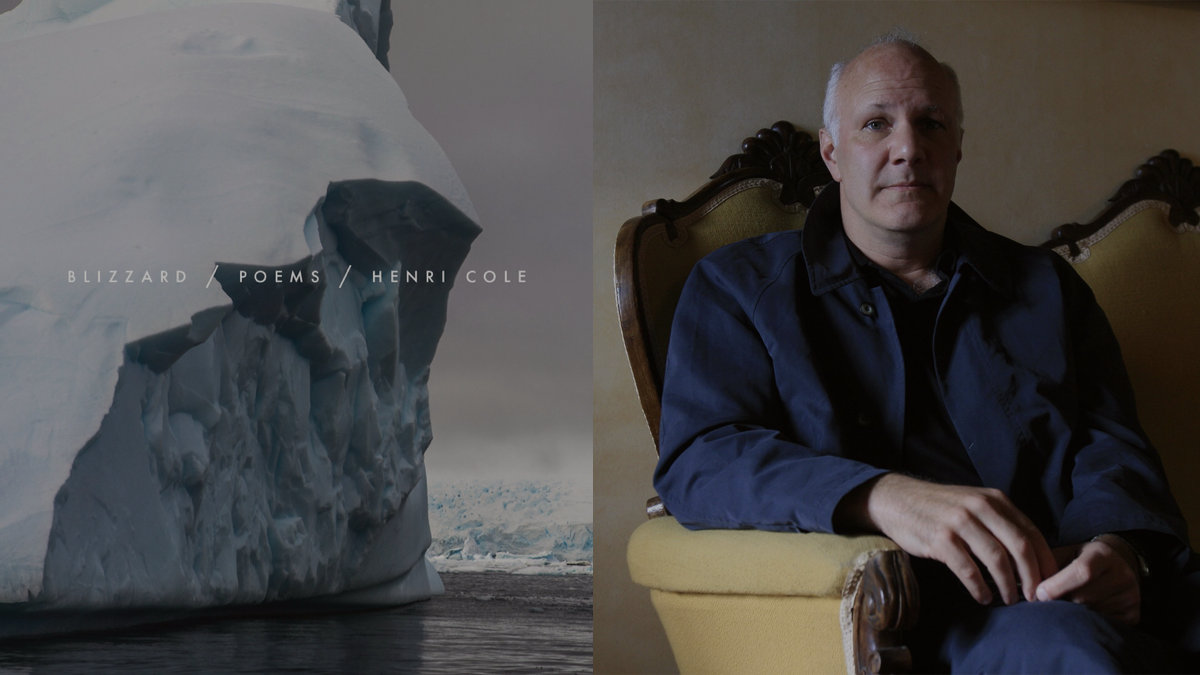 I’ve come to the conclusion I have a strange idea as to what the purpose of  “eco-poetics” is. While I originally saw it as any other poem, except that its aesthetics involve nature imagery. In recent months, however, I’ve come to see eco-poetics as inevitably bound to ethics; by taking up the task of establishing the aesthetic of the ecological, the poet asks us to take up the task of preservation – to make a choice to accept the sacramental dimension of nature. To misquote Wittgenstein, the eco-poem presents a space where ethics and aesthetics are one.

I’ve come to hold this view in part because of the work of Henri Cole. I was first exposed to Cole’s work as an undergraduate in the form of his collection Touch, a book that’s stuck with me because of the clarity and intimacy portrayed within its pages. In his latest effort, Blizzard, Cole has continued the qualities that originally enamored me with him but has done so in a way that reminds us that our experiences and pains are apart of a planet the reflects them back to us with beauty and sorrow.

The opening poem in Blizzard, “Face of the Bee,” is one that blends theory, nature, and story to move through its conceit; it begins with the speaker watching a bee fly from a peony during a breakfast of jam and toast. The poem’s response is:

…Suddenly, I am waving
my arms to make you go away. No one
is truly the owner of his own instincts,
but controlling them-this is civilization.
I thank my mother and father for this. (4-8)

The shift away from the outset of the poem is shocking. The image of the speaker frantically waving their hands serves as an objective correlative for the theory that follows, as well as a signal for the change to come in the poems scope. The poem then shifts focus from the macro level, back to a personal narrative, one larger than the immediacy of the buzzing bee.

In one if the closing poems Goya, (a poem teeming with existential violence) Cole writes “I feel like a worm worming. If I want the truth, / I must seek it out. The line between the inner / and outer erodes,” (5-7). Here Cole deploys a similar technique where he uses nature to remind us that the actions of truth seeking is on that is delicate and often gross, but none the less necessary.

I could go on. Cole has filled this book with poems that feel necessary for our time: “Lingonberry Jam” and “Haiku” are both beautiful and transportive poems that sing in several tenors at once, but never lose track of how indented they are to be earthly devices. Not only that, like every poem in this collection, they do so with an economy and technique of line that is a feat alone.

You cannot make a mistake by giving Henri Cole’s Blizzard your time.

was born in Fukuoka, Japan, in 1956. He has published over half a dozen previous collections of poetry, including Touch and Pierce the Skin; a memoir, Orphic Paris; and has received many awards for his work, including the Jackson Poetry Prize, the Kingsley Tufts Award, the Rome Prize, the Berlin Prize, the Lenore Marshall Poetry Prize, and the Award of Merit Medal in Poetry from the American Academy of Arts and Letters. He teaches at Claremont McKenna College.

What do you look for or seem to value most in great literature?

For lack of a better term, I would say “export.” It’s a given that all pieces of art, especially something as conscious as writing, are in some way influenced by the world around them — but any art that strikes me as great is art that impacts how we (or I, at least) see the world; the event of the art alters future events of viewing the world!