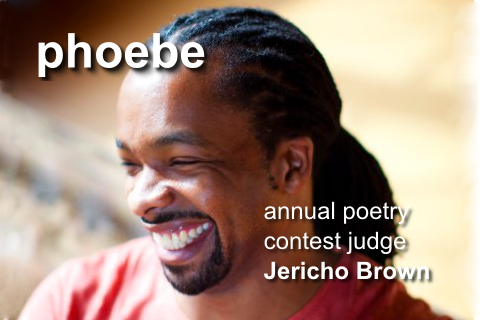 Brown is the author of two books of poetry. His most recent collection, The New Testament (Copper Canyon Press, 2014), was described by Yusef Komunyakaa as a chronicle of “life and death, personal rituals and blasphemies, race and nation, the good and the bad” that illuminates “scenarios of self-interrogation and near redemption.” His first collection of poetry, Please (New Issues, 2008), won the 2009 American Book Award. The collection has received tremendous praise since its release; Ilya Kaminsky notes: “His lyrics are memorable, muscular, majestic. His voice in these lines is alive—something that is quite rare in his generation of very bookish and very ironic poetics. Brown’s poems are living on the page, and they give the reader that much: a sense of having been alive fully, if only for a duration of 75 pages of this volume. Indeed, Jericho Brown’s first book is one of those rare things: a debut of a master poet.”

Brown is the recipient of a Whiting Writer’s Award and has received fellowships from the Bread Loaf Writers’ Conference, the Krakow Poetry Seminar in Poland, the National Endowment for the Arts, and the Radcliffe a at Harvard University.