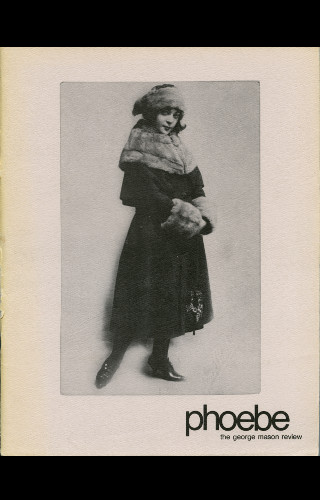 The jeep tire diamonds the snow, and diamond
shaped, diamond hard, diamond glinting, it catches
sun off winter’s trillion fallen facets. Loving’s
heightened in December: so many more cotton layers
to delve through, almost an archaeology; body
on body, friction’s so much more functional, so
more intense a human juxtaposition to climate;
and isn’t it in the brittle winter air we feel
preserved, as if in ice, and an archaeologist says
how lasting is a polar culture: I picture lovers saved
in a colossal family album at the top of the world,
instead of photos, range after range of bergs
each with its couple posed forever. Now the two
in the jeep-seat rise from their endeavors, button up,
drive off. And I want to trail them, confident
if we timed it right we could follow winter
indefinitely, from culture to culture, continent
to continent, never losing the spark, always breathing
a bride’s white out, a lasting,
and laughing, and loving, and driving a ring
around this world we wed.

Albert Goldbarth was 26 when he wrote and submitted these poems to Phoebe and is 67 now… he has no memory of them, but would like to believe they were written with a novice’s passionate love of the art. In the 41 years since submitting to Phoebe, he’s been busy enough, accruing the long list of periodicals publications, from Gum and Clown War to The New Yorker and Poetry and The American Poetry Review, and has published a long list of poetry collections, two of which have received The National Book Critics Circle Award. Other honors for his poems include a Guggenheim Fellowship, three fellowships from the National Endowment for the Arts, the Mark Twain Award from the Poetry Foundation, and annual “best of” awards from Poetry magazine; and other published books include five collections of essays and a novel, Pieces of Payne. He currently lives in Wichita, Kansas—somebody has to—and his fingers have never touched a computer or laptop or tablet keyboard: even so, he isn’t bored and knows what a hashtag is.