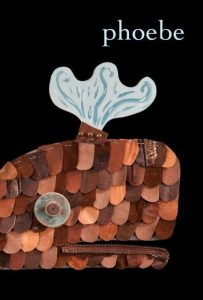 “Thus adorned with the fixed stars the sky revolves under the pole both through the region of the North Wind and the South Wind; according to their different effects they are fitted to different figures of people and other signs and planets and the belt of the zodiac keeps their movement under itself.”

– in Latin on tapestry

Toward the burning lamp
from which all nations drink—

the world’s pastures in the wildness
framed, a cry from its den

within phosphorus the abyss of light
plaits, expression in exultation,

embroidered through the fabric of Atlas’s worn skin
the tarot taken
flesh, carried between flesh

the mapping, the measuring
of illimitable translation.

When the Angel acts     the sky revolves on its iron crank
but who is the Satyr above the polar circle?

who is She who weeps
robed in curled blue
azurite indefinite,
is she sickle shape
in human frame

where the crest of death is cleansed?

Who is She circumscribing daybreak’s transparence,

her thorax as compass, palm as locus

her anger the unfixed

In silence Philosophy courts Abraham,
a papyrus codex
of ancestry,

on thrones of unpatterned
reason, to question

the covenant, the circumcision
for ascension, the gash more tender

than rods of gold, beryl studded.

*What light lives us,
what light is lived, cultivates

the rings of longitude

into spined thickets
of a widow’s grey braids,

into a crown of bodies.

J. Michael Martinez received the Walt Whitman Award from the Academy of American Poets for his first book, “Heredities.” His latest, “In the Garden of the Bridehouse,” is available from the University of Arizona Press. He is the Poetry Editor of NOEMI Press and his writings are anthologized in Ahsahta Press’ “The Arcadia Project: North American Postmodern Pastoral,” Rescue Press’ “The New Census: 40 American Poets,” and Counterpath Press’ “Angels of the Americlypse: New Latin@ Writing.”