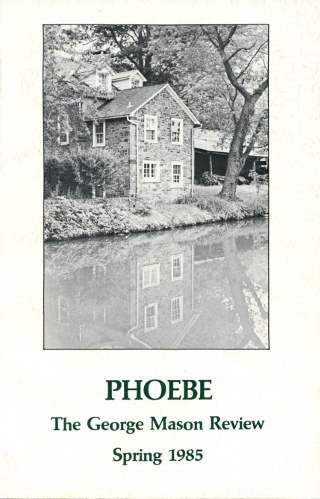 Beth was my mother’s fifth child, and the doctors thought it wise to correct a condition resulting from multiple births, loosened muscles. I wasn’t sure which muscles were loose, but Mom lay in bed with her knees up and apart, the sheet making a white tent over the lamp between her legs. It was the only way she felt comfortable. The shadeless light bulb glowed golden through the sheet, and her exhausted voice murmured directions.

“Turn her over on her stomach and pat her back.”

I was nine that autumn, the eldest girl, and so it fell to me to help with the new baby. My grandparents had visited the week the baby was due, to make sure Mom got to the hospital on time. The choices of names being Matthew or Elizabeth, my literate grandfather termed those tense days the “Mat/Bet watch.” He called from the hospital at four p.m. to tell us she was born. The relief was immense, because I had recently seen War and Peace. The shocking anguish of Andre’s wife comprised my total knowledge of childbirth, and I was convinced my mother would die since my father was away at sea.

I changed diapers. I warmed bottles. I put the baby to my shoulder and burped her, scared to death the whole time that I would forget to hold her head and it would drop back and break off. I almost wanted to see how far it would bend. I don’t remember loving Beth then or feeling even tender toward her, just attached in a curious sort of way.

In that darkened bedroom I hovered over the crib and my mother waited to heal from an operation performed more for my father’s sake than for hers. I had her to myself! Mike and Kathy and Chris were not likely to enter. I did not know what to do with all the uninterrupted time with my mother. I had only one question I wanted to ask.

She hadn’t told me the facts of life, in fact, she never would. No such reticence intervened with the picture of delivery, the pain and the gushing blood. But, and this was a big “but,” she hadn’t minded and she knew that when the time came, I wouldn’t either.

I probably spent only two hours a day for a couple weeks in her bedroom, yet it seemed like I was confined interminably. I was used to running off to wander through the woods with my friends, sometimes not coming home until after dark. For the entire two years we lived in South Carolina, I was a horse. I alternated between being a white horse with a black mane and tail, and a black horse with a white mane and tail, combinations only possible in Walt Disney productions. I had seen few living horses. Once when I was five, my father had brought me along with him to pick up my mother at a riding stable. I was never so impressed with her in my whole life, up there in jodhpurs on a huge chestnut, showing that she was in control.

I wanted a horse, I would have settled for a dog, but even a cat was out of the question because my mother would end up taking care of it. So I kept toads, lizards, hermit crabs, snakes, birds, squirrels, turtles. Outside of course Fish, I fretted, what about fish? They’re cheap, look at Jan’s guppies. Look at them, in the Flessner’s one-gallon mayonnaise jar—a throbbing, iridescent tangle. The fish were innumerable, darting in and out of the green corridors. Once a week, Jan netted the guppies and put them in a smaller jar while she washed the large one and the plants, then replaced the old water with fresh. Almost all the babies were flushed down the toilet. Their births occurred so cleanly, like tiny parachutists jumping out of a plane, but the air was water, so the young fell slowly, each unfurling into a comma whose tail, after about five seconds, propelled the baby to the safety of the greens. I thought it marvelous that they had to hide, for even their own mothers would eat them.

My own eventual bowl from the pet store with its pair of fancy guppies failed to beguile me the way the Flessner’s mayonnaise jar had. My other friend, Yvonne, had a ten-gallon tank with pump, filter, the works, but neither it nor any other aquarium I’ve seen since could rival the extravagance and mystery of Jan’s. And to date, I’ve never seen firsthand any other form of live birth.

Jan and Yvonne and I had established elaborate steeplechase courses through miles of woods, linking our horses along the Cooper River. Our challenge was to canter these trails without breaking stride or hesitating before a jump. By dint of fancy knots we tied bridles around our heads, using twigs for snaffle bits and string for leather. I knew The Black Stallion verbatim. Only one of us had ridden a real horse, Yvonne, a year older, slender and pliable compared to Jan and me with our fierce tempers. All I will ever know of politics stems from that time of passionate friendships and disputes. All I will ever understand of animal behavior.

Water surrounded us. The river, marshes, lagoons. Mosquitos so viscous no insecticide worked. I don’t know how I tolerated being outdoors all the time. I knew every foot of the territory, and I’ll swear it was I who discovered the ruins of the old plantation. A row of old equidistant oaks tipped me off. My snooping uncovered the remains of a kitchen chimney, broken crockery all about, and the cornerstones of the big house. Part of a pier was left. A man-made pond, where thousands of crabs too filthy to eat lived in such crowded conditions, they tore apart, as savagely as crocodiles, anything so unlucky to fall into the water. I kept my secret for a long time. That winter I saw men sleeping by the cemetery wall, or propped against the huge oak trunks. Finally I told my mother. She became alarmed and told me never to go there without an adult. I wanted to know why.

That wasn’t a good enough reason. Why would one of those sad, tired-looking men hurt me?

One Saturday afternoon my younger brother Chris didn’t come home for lunch. He was five. Word had gotten around by this time, so I had the idea he might have gone to the plantation. On the oak drive, where the intense vegetation had not managed to resume its former lush growth, the track was dusty and I made out Chris’s footprints. I followed them to the crab pond. I heard the voices of two or three boys my age, and there was Chris, high in a tree hanging over the water. The boys had teased or dared or persuaded him to climb it. And now he clung there, too afraid to move. I don’t know what I said to the boys but I chased them off and told Chris not to try to come down. I ran home fast and got my father. We talked Chris down from the tree. After that, I always took someone with me when I went to the plantation. We moved away a few months later, when Beth was old enough to walk.

Anne Wiegard received her B.A. in English from Vassar College.  While working full-time for Fairfax County Public Libraries in Virginia, she earned an M.A. in English Literature and an M.F.A. in Poetry from George Mason University. In 1988, she began teaching writing and literature part-time at both Syracuse University and SUNY Cortland. From 1995 to 1998, she taught at four different colleges in Southern California and helped organize the adjunct union at Mira Costa Community College before returning to New York, where she still has a position as a full-time lecturer at SUNY Cortland. Currently serving her second term on the statewide executive board of United University Professions, the union that represents about 35,000 SUNY faculty and staff, Anne was on the team that negotiated the 2011-16 contract and she is on the Negotiations Team for the next contract. Anne is a founding member of the Board of Directors of New Faculty Majority.