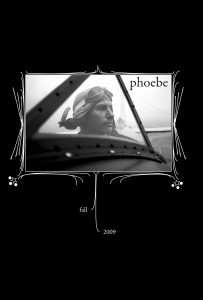 I favor containment, I favor détente
because otherwise, the we I am

makes pilgrimages to elevators
to await their fulfillment

and only then vigorously change pants
three or four times,

rupturing the quiet progress
of those other countries dressed

like vacationing individuals.
It’s enough to be a cup some days,

some days it’s plenty
to have for a superpower

and what will salve this fretful other?
When I say catharsis, the child asks

is it a kind of bologna.
When I say hello, the child shields

the childself with clumsy sunglasses,
pops its collar, plays “That’s What I Say”

on the cool formica surface
utterly without keys.

Outside, the ruffled skirt aficionados
take their lives in their hands

stepping out of the shade
of otherwise superfluous orange trees.

Amid the butchery and subtraction,
you curve and glow like luminescent flora

hoofing it over a long, tarred gravel road,
proof of the loneliness of survival.

Now is the time for a telegram,
a breezy cantina from which to send one.

You are going to make it
through this year

if it kills me.

Marc McKee is the author of What Apocalypse? (New Michigan Press, 2008), Fuse (Black Lawrence Press, 2011), and Bewilderness (Black Lawrence Press, 2014), as well as the collections Consolationeer and Meta Meta Make-Belief, forthcoming in late 2017 and early 2019, respectively, from Black Lawrence Press. His work appears widely in journals that included, most recently Conduit, Copper Nickel, Crazyhorse, H_NGM_N, Laurel Review, Memorious, and Rockhurst Review. He teaches in Columbia, MO, where he lives with his wife Camellia Cosgray and their son, Harold.